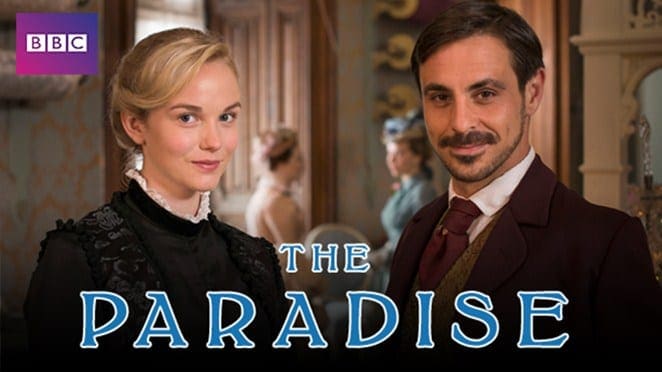 Over the last seven  weeks, the historic charm and character of Biddick Hall, set in Lambton Park, has been accessible to a huge audience through the BBC Period Costume Drama; The Paradise.

Filmed entirely at Lambton Estate, The Paradise has beaten viewing figure expectations with 6 million viewers regularly tuning in to catch up on the characters and the glamour of 19th Century fashions in  a fictional Edwardian Department Store. This glamorous series has been so popular in attracting viewers, that a second series has been commissioned before the first series has finished it’s run on Tuesday evening’s on BBC1.

GSC Gray’s, who manage Lambton Estate on behalf of the Earl of Durham are delighted to see both Biddick Hall and the grounds being presented to the world in such a positive light and as a result the Biddick Hall website has received a huge boost in visitor numbers.  Biddick Hall itself is a is a stunning, unspoiled privately owned country house, set amongst beautiful gardens with extensive grounds in a walled private estate, offering a unique venue for weddings, corporate entertainment, weekend breaks or family celebrations.

In addition to The Paradise, the scenery of Lambton Park was captured brilliantly  in a recent episode of Inspector George Gently, prompting further interest in the Estate.

Whilst it might not suit every estate to advertise itself in this way, it is apparent that those who allow themselves to be used as TV and Film Locations really can get publicity that money can’t buy.