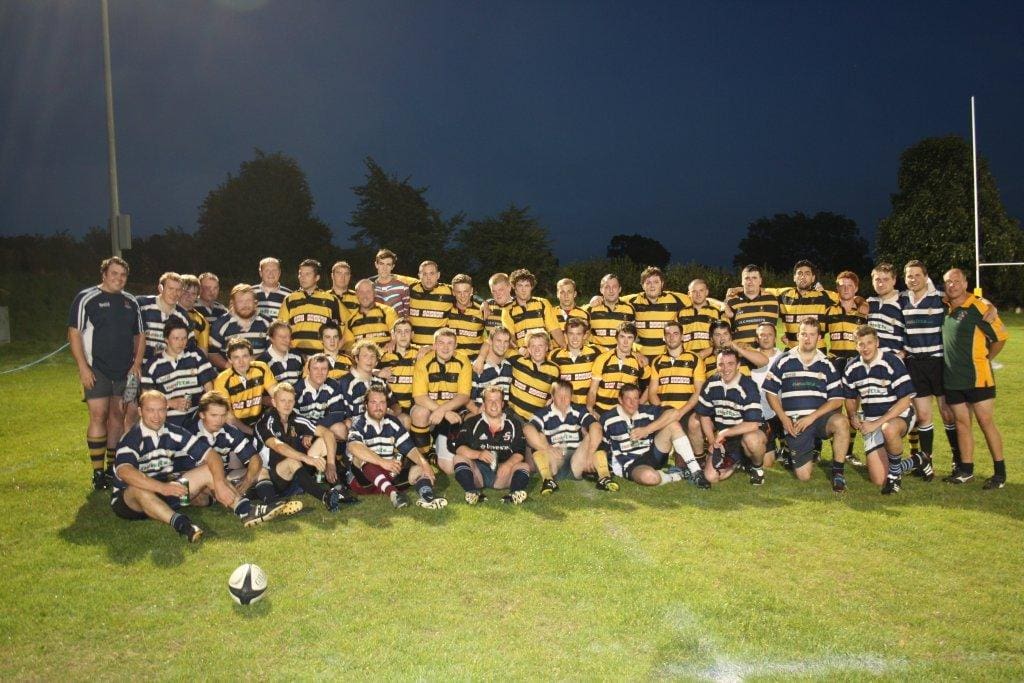 The Agricultural Industry XV consisted of a number of local farmers, GSC Grays employees, Genus employees and clients and a number of others from the agricultural sector, including a vet and potato merchant!  Both teams put on an excellent performance on the evening with Rob Bellerby, a dairy farmer from near Stokesley, putting in the man of the match performance for the Agricultural XV, scoring four tries.

The match was fiercely contested and at a surprising pace which resulted in the Agricultural Industry XV being victorious 37 – 22.

The initial idea for the match came from Colin Lucas of Genus, who has himself recently successfully recovered from cancer and was keen to add his support to the hard work and dedication shown by the Macmillan Cancer Support team.  Colin, who played fly-half on the evening, added: “   I wanted to put a bit back to the Macmillan guys after they looked after me so well, albeit only for a small time. My friends, Farming Clients & Colleagues at Genus have really got into the spirit of things and we could probably have put two teams out tonight. We just need to keep our un-beaten record when we play Driffield in May! To have raised over £500 on the night is tremendous.”

Phil Scott-Priestley, Director of GSC Grays who played in the match alongside two fellow Directors, Guy Coggrave and David Cooper, commented that “It was a surprisingly fast-paced game and judging by the lack of laughter from the touchline, the GSC Grays Directors and fellow players did not disgrace themselves too much!”

Funds raised to date amount to £1,912.20 in aid of the Charity and our sincere thanks to all who have given so generously and supported the event.

The event was well received by all in attendance and it is hoped that the fixture will be played again next year.

A further match is also planned for Monday 3rd May 2014 at Driffield Rugby Club.

For those who were unable to attend or would like to give a donation to Macmillan Cancer Support please visit: