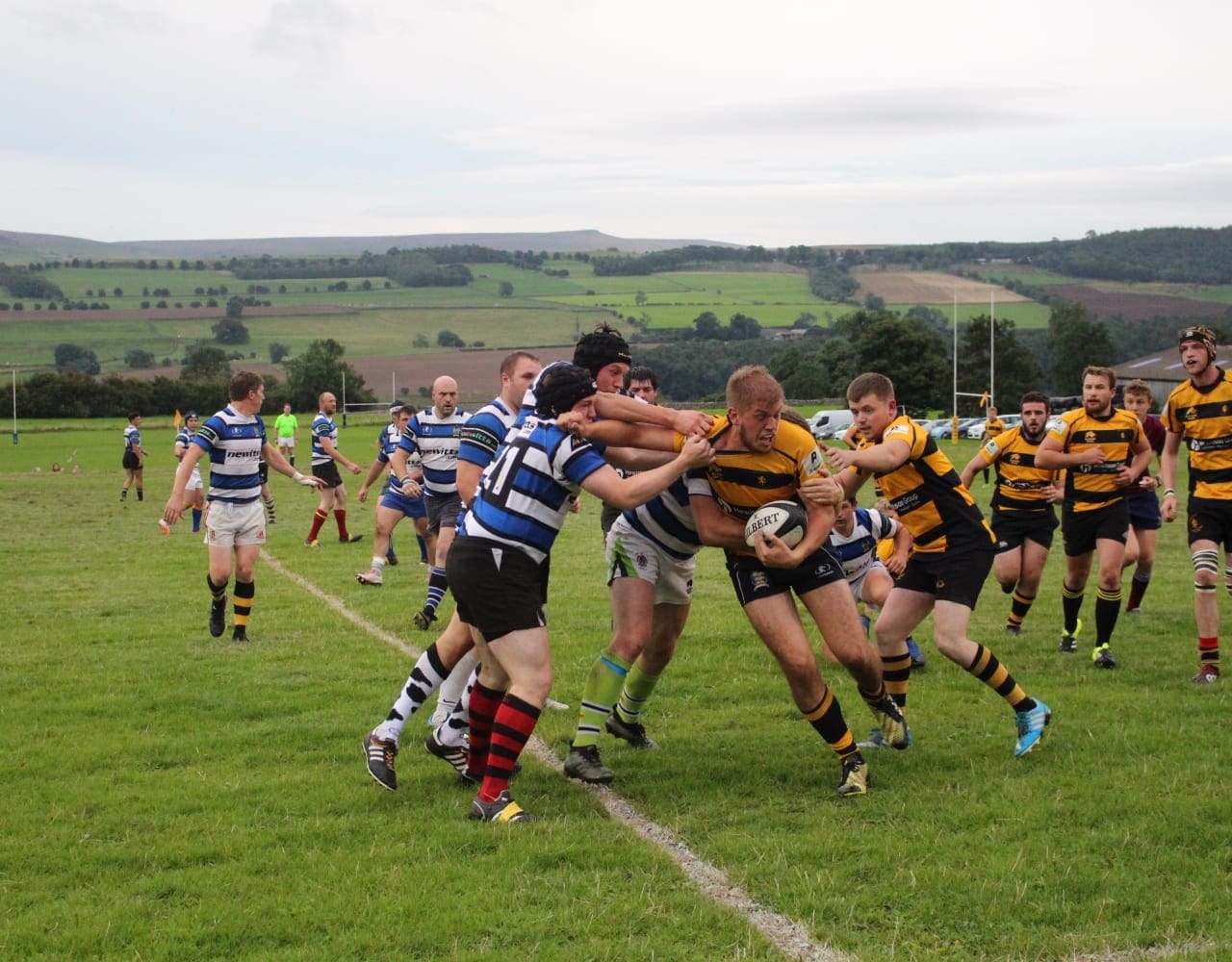 Now in it’s 5th year, the game was well attended by supporters and they were treated to a good quality and entertaining game of rugby, in excellent playing conditions.

The game was hard fought up front with some strong running and hard-hitting defence from both sides.  The power of the GSC Grays/Genus pack enabled their backs to find some space, which resulted in the visitors running in 4 tries, including a contender for try of the season with the forwards (including GSC Grays Managing Director, Guy Coggrave) linking up superbly with the backs for a score in the corner by Danny Smith who was also man of the match.

The final result was 26-14 with the GSC Grays/Genus four tries coming from Danny Smith, Colin Lucas (of Genus), Rob Bellerby and Sam Taylor.  Colin Lucas converted one, Robin Kitchin converted two and Rob Bellerby missed one from in front of the posts!  Wensleydale charged down a clearance kick, which resulted in an unconverted try for George Pearson and Jack Raynard converted a further 3 penalties.

The game was fiercely contested but played in good spirits and this continued with a pie and a pint or two (!) in the fantastic new club house at Wensleydale.    A charity auction followed and this together with the generosity of the supporters on the night alone raised over £1,500.

Sincere thanks must also go to the various sponsors of the event who advertised in the match programme, together with the main sponsors of the event, Hewitson Group, a family run business from Teesside, who have close ties to this cause, as they are involved in the construction of the new cancer unit and Henry Hewitson also plays for Wensleydale.

With the generosity of the sponsors, supporters and further online donations, the GSC Grays/Genus rugby match has raised £5,350 for the Sir Robert Ogden centre, a specialist cancer unit at Northallerton, which will benefit many in the local community.