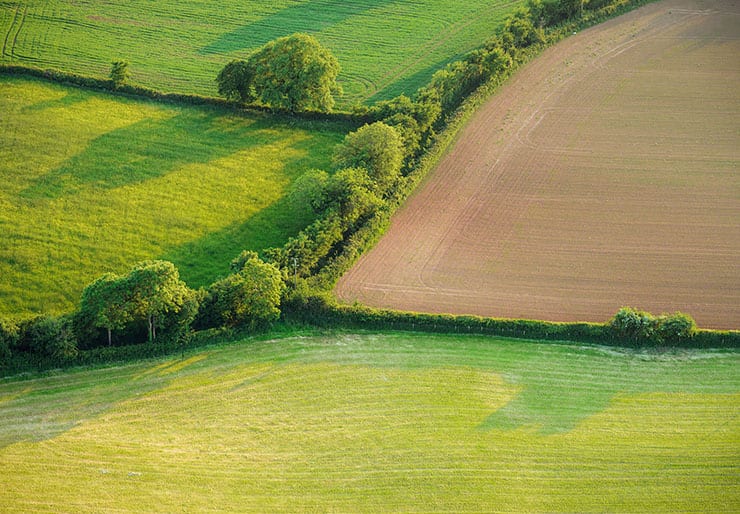 HOW TO MAKE STEWARDSHIP WORK FOR YOUR ARABLE FARM

How can arable farmers make the most of countryside stewardship schemes?

BPS payments will start to reduce from this year, and in time new Environmental Land Management schemes will allow farmers to recoup at least a proportion of the lost income.

At GSC Grays we certainly think it worth taking the time to analyse how a scheme may fit on your farm. In the meantime, a Countryside Stewardship scheme may help farmers to trial different environmental activities to see what does and does not work on their farm while the cuts to BPS are less dramatic. The government has also promised that farmers who enter a countryside stewardship scheme now will be able to exit the scheme early should it be more beneficial for them to enter an ELM scheme when it becomes available.

What options should an arable farmer look at?

Scheme options need not be just be confined to field edges and tricky corners. We encourage our clients to look at stewardship like any other enterprise – it can be useful to consider gross margins for various options and evaluate how they can bring wider benefits to the farm.

The table below shows how gross margins for two common stewardship options, that can be used at a whole field level, stack up against conventional cropping: 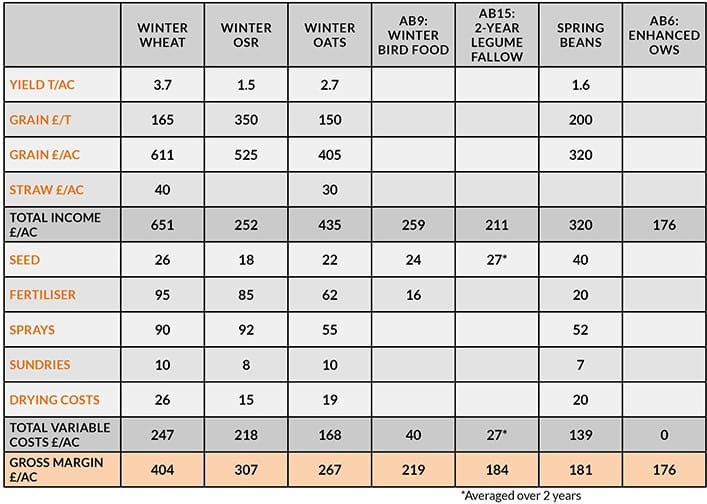 These gross margins are perhaps not that persuasive and clearly these stewardship options will not suit everyone. So why consider them at all? For similar reasons that you would grow any break crop – to benefit the rotation.

Maximising the area of winter wheat whilst maintaining a sustainable rotation will be a priority on most arable farms, with break crops grown to mitigate against the build-up of diseases such as take-all and provide alternative weed management options. Oilseed rape has traditionally been the most profitable break crop but the withdrawal of insecticide seed treatments has resulted in increasing pressure from flea beetle and it is not the ‘sure bet’ it once was. It is also a crop where a hefty dose of inputs are required early on, before there is certainty the crop will make it through to harvest.

A significant number of growers have decided the risk is not worth the reward and have looked to alternative break crops such as beans or oats, but these crops are not immune from their own problems such as variable yields and occasional harvesting difficulties.

Conversely, stewardship guarantees farmers a set income for 5 years, regardless of weather conditions or volatile commodity prices. It can be helpful for budgeting purposes to have a proportion of income that is less exposed to risk. Whilst the gross margins above show that stewardship returns are comparable to lower margin break crops, but poorer than a standard crop of oilseed rape or winter oats, it should be pointed out they will be better than a failed crop of rape or a poor crop of oats that has experienced harvesting difficulties and failed to meet milling specification. 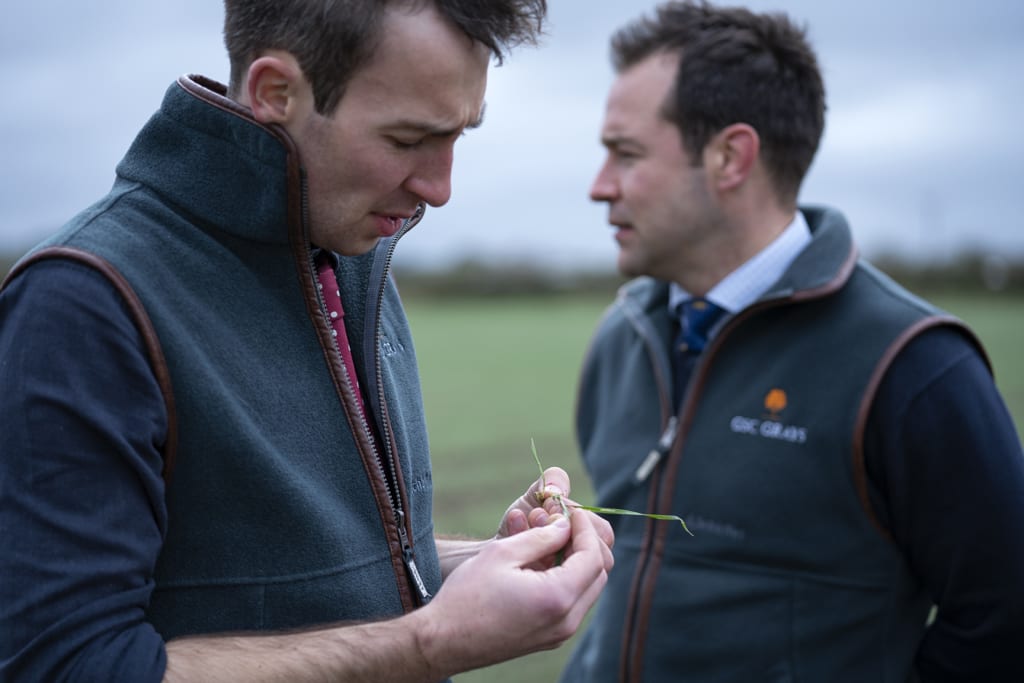 Similar to standard break crops, stewardship options can also benefit the wider rotation. Regular topping is recommended in Two Year fallow, which can help to get on top of grassweeds. GSC Grays recently helped a farmer set up a CS scheme incorporating this option as they had noticed that blackgrass was starting to appear in certain locations on the farm. These areas have been entered into a two-year legume fallow and will be topped regularly to prevent the blackgrass from heading. Meanwhile, the legumes fix nitrogen into the soil for use by the following wheat crop.

In this case, the farm team was also particularly stretched in terms of workload. Incorporating stewardship options into their rotation has reduced the workload at peak times, thus saving the need to employ an extra employee or invest in bigger equipment – allowing them to keep fixed costs under control.

Elsewhere GSC Grays recently helped a farmer set up a new stewardship scheme which includes the option AB9 Winter Bird Food. Areas that had been identified as having poorer soils have been sown with a birdseed mix which incorporates species with rooting characteristics that help improve soil health & structure, such as tillage radish and black oats, thus feeding the soil as well as the birds!

These examples show that arable farmers will get the most from a potential stewardship scheme by analysing how stewardship options can benefit their farming system at a broader level, addressing multiple factors rather than just direct income. Approaching stewardship in this way will no doubt reveal that a scheme may not be suitable for every farm, but it enables us to ensure that the benefits are maximized where a scheme is undertaken.

If you would like to discuss how stewardship could work on your farm, please contact one of your local GSC Grays consultants, who will be happy to discuss the options available to you.

Get to know Ben