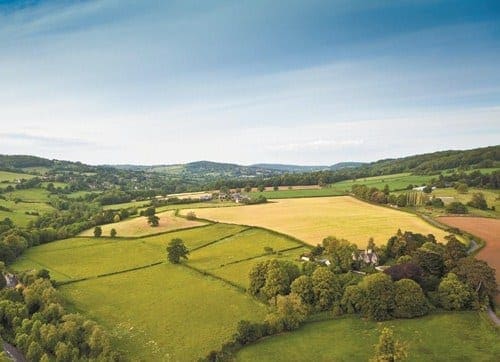 Defra minister Jim Paice has said that English farmers should be able to opt out of agri-environment agreements – without penalty – if the terms have to be changed as a result of CAP ‘greening’ measures.

“We’ll do everything we possibly can to make sure farmers aren’t disadvantaged because of having been ahead of the game on environmental management. We’ve already told the Commissioner about this a number of times, and it seems he’s listening to our concerns,” Mr Paice said.

Speaking yesterday, Mr Paice also announced details of a Defra consultation on the EU Commission’s proposed CAP reforms. Interested parties will be able to answer questions in an online questionnaire, which will help determine the UK’s negotiating position over the next 18 months.

Farmers, environmental groups and others with an interest in the Common Agricultural Policy will be able to present their views on the European Commission’s proposed reforms, as part of an informal consultation in England launched by Defra on 13th December 2011.

The European Commission published proposals to reform the CAP two months ago, marking the start of at least 18 months of negotiations between all 27 Member States and the European Parliament.

To understand how these proposals will have an impact on a range of sectors in England, Defra is asking for interested parties to answer an online questionnaire.

Wales, Scotland and Northern Ireland are holding separate consultations, and all these views will inform the UK’s negotiating position.

“We’re absolutely committed to being active participants in the negotiations to get the best possible deal for the UK, both on protecting the environment and encouraging an innovative and competitive agriculture sector. That’s why it’s crucial the people on the ground whose lives and professions will be affected are able to tell us their views.

“CAP covers so many areas of life that it’s important we take everything into consideration and bring it to the attention of the EU during the negotiation process.”

Mr Paice also pledged to make sure that English farmers who are thinking about entering or renewing agri-environment agreements could choose to opt out without penalty if they had to make changes to their  agreements as a result of CAP greening.

“We’ll do everything we possibly can to make sure farmers aren’t disadvantaged because of having been ahead of the game on environmental management. We’ve already told the Commissioner about this a number of times, and it seems he’s listening to our concerns,” Mr Paice said.

“We strongly believe that stewardship schemes are the best way to get better environmental protection from the CAP, but if changes do have to be made to them, at the very least farmers would be able to opt out.”