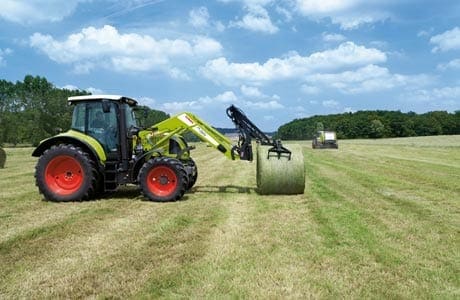 British agriculture could very well be the most resilient and most reliable industry we have ever known, through good and bad times of which there have been plenty, the industry has historically moulded itself to the pressures and threats that it faces.

They say that necessity is the mother of all invention and that is certainly true when we consider all of the scientific, technological and environmental advancements which have come about during the various crises’s and challenges that agriculture has faced in the last century. Our farmers and producers have kept this country and others going during the first and second world war, survived through droughts and fuel shortages, adverse weather and increasing numbers of diseases, all against the backdrop of a volatile economy.

In response to all of these factors, farming has evolved from the once idyllic way of life portrayed in James Herriot’s books into something much more resembling a commercial operation, and dare it be said, a business more than a way of life.

There are few if any other industries within the UK other than agriculture, which are supported by subsidies and direct payments from the European Union. We have become accustomed and reliant upon receiving these payments in order to run and support our businesses, but with good reason. The industry has yet more tough times ahead especially in relation to Britain’s membership of the EU and so now is the time to ask the question.   If we cut this tie and the benefits that it brings, can British agriculture survive.

Some argue that it would be suicidal for Britain to do this and that overnight British Farmers would have no market for their produce. Others argue that the receipt of such subsidies stifles innovation and the development of our industry. Whichever side of the argument you support there is clearly room for further debate. The sooner this happens, the greater chance we stand of making the right decisions for our future. We have the necessity so now is the time to innovate.

I would urge anyone who says that we can’t survive without subsidies to look at what happened in New Zealand in the 1980’s when farm subsidies were axed. Of course a tough transitional period was endured following this, but now they reap the benefits of a prospering agricultural industry.

No matter what type of business you are involved with it is not the scale of your operations which necessarily dictates your profitability, but the efficiency with which you go about doing so. There are some very small companies making a much bigger return than similar companies doing the same as them on a much larger scale. So perhaps it’s not all about our variable costs, the price per tonne of wheat or the current pence per litre of milk, perhaps in these times of financial and political uncertainty what we really should be focussing on is reducing our fixed costs and our costs of production.

Now could be the time to think of new ways of sharing and reducing operating costs, the benefits of Share Farming Agreements for example have recently being promoted in the media. Risk transfer and diversification are two other ways of smoothing out such unpredictable times in the economy along with co-operative bulk purchasing to capitalise on economies of scale.

Driving on farm efficiency therefore is key to ensuring we get money in the bank during the good times and have a contingency for the worse times. When we look back at what history has taught us and then forwards to what we are facing, it is clear that British agriculture is in for both good and bad times ahead.

Businesses are going to have to continue to evolve and adjust or they may fail to survive.