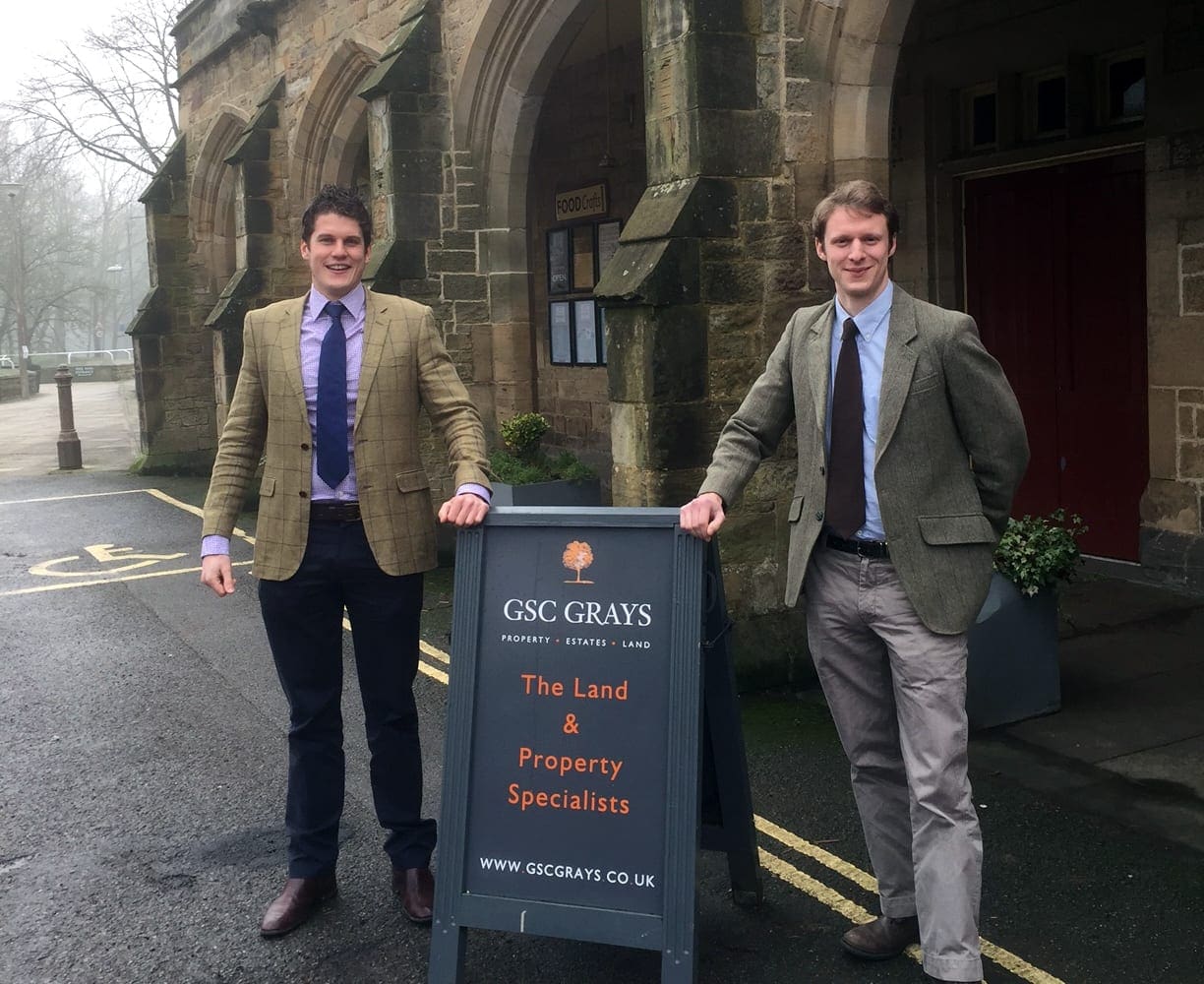 Although Alex and Chris entered the land agency world through very different routes, they are both clearly committed to their work and profession.

Alex’s involvement in agriculture stemmed from his mother’s side of the family. His grandparents farmed at Thirsk and he feels that they were responsible for getting him involved in agriculture and engineering. Following secondary school Alex went on to study Agricultural Engineering at Askham Bryan College in York and worked for various agricultural contractors on a night, weekend and through harvest. In the years following this, he worked for a number of companies in and around Thirsk and also spent over two years with North Yorkshire Police, working a rural beat covering Hambleton / Richmond.

Having decided on a career as a Rural Surveyor, Alex applied for a place with the University College of Estate Management on the BSc course Real Estate Management which is a degree accredited by the Royal institution of Chartered Surveyors. At the same time he began his professional career with GSC Grays as an Assistant Land Agent. Alex has managed to maintain his degree commitments of 30 hours per week for 3 years, on top of his full time responsibilities for GSC Grays and upon completion of his degree he hopes to sit the RICS Assessment of Professional Competence (APC) in order to become a Chartered Surveyor. Most candidates apply to sit their Central Association of Agricultural Valuers exams after they have completed the APC, but not wanting to miss out on yet a further challenge, Alex decided to sit the exams, which cover a host of subjects ranging from Landlord and Tenant issues to Renewable energies and Agricultural law.

Although not from an agricultural background, Chris has always had a keen interest in the agricultural world. Before going to Harper Adams University College, he spent four years working at the Mendip Shooting Ground which was voted the best shooting ground in the UK during his time there. Chris also spent summer holidays working on dairy and rare breeds farms and at one point found himself breeding alpacas for the chairman of the England Cricket Board.

Chris graduated from Harper Adams with a 2:1 in Rural Enterprise and Land Management, having completed his placement year on the Lambton Estate with Gray’s Chartered Surveyors. He then returned to the merged company GSC Grays in July 2012 and passed his APC to become an RICS Chartered Surveyor in May 2014.

Since graduating, Chris has worked in the Richmond office and is now based in GSC Grays’ Barnard Castle office. His time is mainly focused on promoting, negotiating and managing renewable projects for landowners including wind farms, single FIT turbines, anaerobic digestion, biomass boilers and solar farms from Caithness to Cornwall. He is also heavily involved in planning and development for new housing schemes throughout the north east. In addition, he manages a small rural estate, undertakes compensation claims and acts for Durham Diocese in selling the redundant churches in the region.

Guy Coggrave, the Managing Director of GSC Grays commented “We are extremely proud of Alex and Chris’s achievements in passing the CAAV exams, which is a testament to their hard work and commitment.  It is extremely rewarding to see younger members of the team develop into successful professionals who we are proud to have represent the business.”