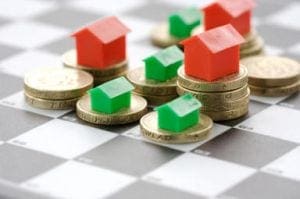 When we reflect upon the performance of the North East housing market in 2015, it is true to say that it has been somewhat unpredictable. It has been a while since we have seen the demand at the lower end of the market rise in some keys areas; against a cooling top end.

This has been reflected in some prices coming down on houses in excess of £500,000 in many North Yorkshire and Co. Durham postcodes. The number of sales at this price level and above were poor in 2015, but we hope that 2016 will bring a greater level of prosperity to the North East as a whole. There seems to be a number of good news stories coming forward for wealth generation and even the possibility of Middlesbrough Football Club being promoted to the Premiership!

For most of last year, members of the Royal Institute of Chartered Surveyors (RICS) were reporting a dearth of homes coming onto the market for sale, and the average number of properties on agents’ books fell to a record low. A survey found that 40% of RICS members thought the lack of stock was itself the main reason sellers were not entering the market, leading to a vicious circle.

Whilst the predicted lowest level of price increase is forecast for the north-east of England, where prices are forecast to rise by just 3% (compared to the south-east and the West Midlands, where 7% rises are forecast), GSC Grays offices across the region seem to be bucking the trend, having experienced a higher demand for properties across all price levels in January.

This means that we can look forward to February being one of our busiest sales months. So, we would encourage anyone looking to sell their property to contact their local GSC Grays office for a Free No Obligation Market Appraisal.