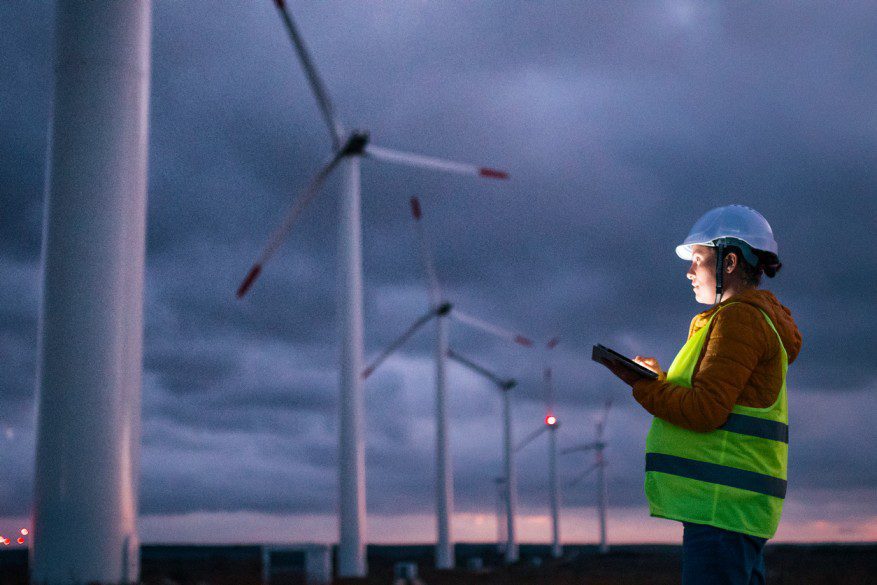 What does the future hold for the UK’s energy policy?

With the government’s target of net zero carbon emissions by 2050 the UK is on a drive to reduce its carbon emissions, but, in many places, that drive is struggling to overcome the economic barrier presented by fossil fuels.  So, what does the future hold for the UK’s Energy Policy.  Are we going to be truly green, or are we just too closely wedded to fossil fuels?

In the last few years, there has been an enormous drive to develop renewable energy, particularly large-scale solar farms, and offshore wind farms, the likes of which have never been seen before.  This is mainly driven, not through government policy or subsidies, but through private investment.  Despite the fact it may feel like a new wind or solar farm is popping up every other week, the country is becoming increasingly heavily constrained, particularly in terms of the power grid, such that the rate of development may soon begin to slow.  What is noticeably absent from these developments is the creation of new onshore wind farms in England.  In recent years, planning policy was changed to make it much harder to develop new onshore windfarms, but despite the talk of increased support for renewables and the success of previous developments, no one yet has the political capital or incentive to reform the planning system.

A prime example of some of the hypocrisy of the current approach is the ongoing saga of the Whitehaven coal mine in Cumbria.  Spanning headlines and front pages of newspapers, it is hard to have missed the drama of this application.  If successful, the mine could extract up to 2.7m tonnes of coke and coal used for the steel industry, most of which would be exported overseas. Coal is the epitome of an unsustainable energy source and a major contributor to climate change.  The economic arguments are hard to ignore.  The project would bring £165m of investment and generate 500 jobs, but that comes at a cost of a projected 420m tonnes of carbon dioxide emissions.  The application has been in and out of planning more times than I care to recount and following the last approval, the Secretary of State has now called in the application for a public enquiry, which is ongoing at the time of this article.

A similar controversy is underway in the remote isles of Shetland, where plans are being developed to exploit the newly discovered Cambo oil field, which is estimated to contain 800m barrels of oil, if successful, the drilling operation could create more than 1,000 jobs and even more in the supply chain, an opportunity few politicians can ignore.

It is not all doom and gloom however, in Shetland, where planning policy is more supportive for onshore wind farms, by the time the oil terminal for the Cambo Oil Field is built on the Shetland Isles, the landscape will have changed dramatically, by the construction of 103 enormous wind turbines, forming the Viking Wind Farm, potentially one of the largest onshore wind farms in the world, which would save half a million tonnes of carbon dioxide emissions each year.  The Government are also beginning to reconsider their Energy Policy in the publication by the Department for Business, Energy and Industrial Strategy of the Overarching National Policy Statement for Energy, which states amongst other things that it is “committed to government putting the UK on the path to meeting its net-zero target by 2050 by taking steps to decarbonise the UK’s power network which together account for over two-thirds of the UK emissions”.

There is certainly no denying that there has been a huge growth in renewables, and everyone will have experienced some impact of environmental policies.  As a nation, we are certainly starting to see changes for the better, but the economic arguments of fossil fuels are still just that bit too tempting to ignore.