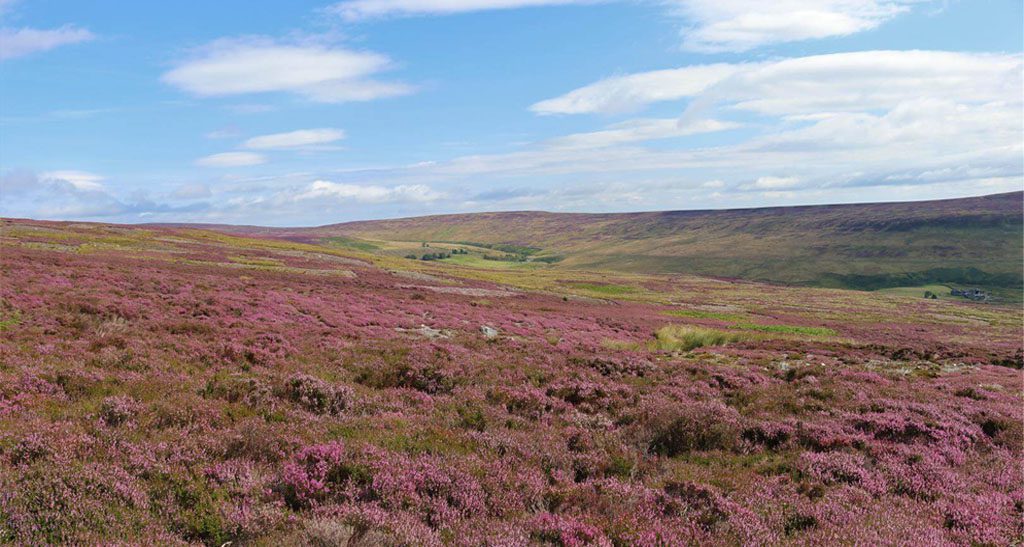 A rare opportunity to buy a 300 acre “affordable” grouse moor in the heart of the Durham Dales is expected to attract considerable interest from shooting and rewilding enthusiasts.

Horden Moor lies within an Area of Outstanding Natural Beauty (AONB) in Teesdale and is bordered by the well-known Raby and Eggleston Estates.

John Coleman, who heads up GSC Grays specialist Farms and Country House Agency, is managing the sale and emphasised the unique aspect of the sale. He said: “It is very seldom that an opportunity like this comes to market in an area with a very good reputation for grouse shooting.

“This is one of the smaller grouse moors in the country and therefore, one of the most affordable and is the kind that a group of friends can buy. They will be able to enjoy good grouse shooting at a relatively inexpensive cost.”

This allotment once formed part of the Raby Estate and was bought by the seller’s family who were once tenants of the Estate. Rather than turn it into grazing for sheep they kept it as a grouse moor.

“The added bonus is the accessibility of the area because it is not in the back of beyond. You can get the east coast mainline trains to Darlington from London or Edinburgh and the Allotment comes with a refurbished stone built Shepherd’s hut which can be used for shoot lunches.”

The British Association for Shooting and Conservation estimates that at least 40,000 people take part in grouse shooting each year with 75% of the world’s heather moorland found in Britain.

The moor has been managed and shot by a private syndicate since 2006 and has four drives and two lines of butts, with the primary line having 18 recently renewed timber butts running centrally down the allotment and the secondary line having older butts at the southern corner.

John Coleman added: “Grouse numbers have increased steadily since the moor was managed once again for shooting and benefits from the proximity of well-keepered neighbouring properties. The five-year average bag is 158 brace and over ten years is 149.5 brace. The current syndicate shoots the moor four or five days a year.”

The land has also been entered into a Countryside Stewardship Higher Tier agreement limiting the number of sheep which can be grazed on the land. A recent report indicated that grouse moor owners in England spend £52.5 million every year on moorland management.

The Horden Moor Allotment is currently on the market with GSC Grays through the Barnard Castle Office with a guide price of £750,000.

Get to know John