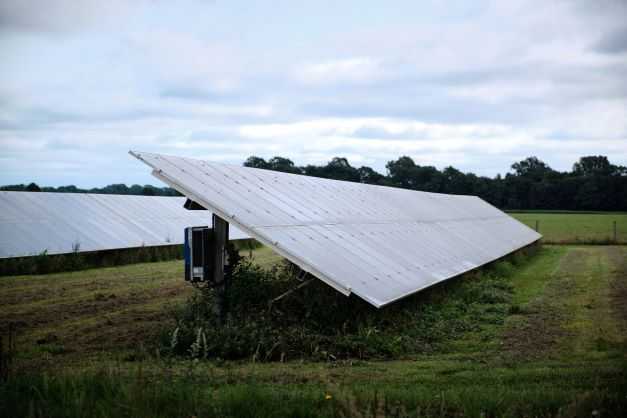 Russia’s invasion of Ukraine has seen sky rocketing prices just as the Government releases its plans for the future of energy in the UK which includes building eight new nuclear reactors.

Chris Thyer, Energy Specialist and Rural Director, GSC Grays said: “Surely there is no better time to take urgent action to decarbonise our energy industry and reduce our reliance on imported fossil fuels. The problem seems to be a legacy of under investment and a historic anti-wind policy.

“The Energy Strategy does make some ambitious promises and offers useful solutions to a number of energy challenges, but in the current climate, I think this could be an opportunity missed for far more drastic changes.”

The Government predicts the new strategy could lead to 95% of the UK’s electricity coming from low-carbon sources by 2030 ahead of the existing aim to decarbonise the sector by 2035. However, Thyer warns there is an inherent weakness in the UK energy system that is not being addressed – the National Grid.

He explained: “The biggest constraint on new developments is the National Grid, the organisation who needs power the most. The UK’s power grid was built around centralised power stations, but this design has become outdated with the need for lots of smaller generators distributed throughout the network. Because of this, the grid is nearing capacity and is in dire need of significant investments.”

The government has increased its target for offshore energy generation to 50GW by 2030, up from 40GW, with a new target for 5GW to come from floating turbines. Allied to an expansion in offshore energy production is a significant increase in the number of nuclear power stations to generate 25 % of the country’s energy needs by 2050.

“Nuclear power has the great advantage of being able to provide reactive power on demand, something which wind and solar severely lack: “added Thyer.

“But nuclear isn’t cheap, Hinkley Point has recently announced yet more delays, with costs now looking to exceed the original £18bn budget by another £4.5bn. If this experience is anything to go by, nuclear may offer a long term solution but it isn’t going to solve any immediate challenges.”

As result, solar and wind power generation will be more attractive and Thyer is convinced private investment is available to underpin an expansion in these key areas. He said: “There is no shortage of private investors doing all they can to build new schemes. Planning support for new onshore wind farms will be all that is needed to open the door to a wealth of private investment in the industry.

“For several years now, we have been expecting a relaxation on the restrictions for onshore wind farms. These will now be encouraged with “supportive communities,” but it’s unclear what this means in practice.

“The energy strategy makes ambitious promises to double our hydrogen production targets and speed up the delivery of offshore wind farms which have the potential to significantly bolster the UK’s move to zero carbon energy.

“An obvious way to reduce the UK’s reliance on importing fossil fuels is simply to use less energy, to insulate houses, install more efficient or renewable heating systems, or utilise waste heat from industrial process, but all these opportunities are noticeably absent from the strategy.

“Despite the positive aims of the Energy Strategy, the publication was overshadowed by a decision to begin reconsidering the impact of fracking for shale gas after it had been halted in 2019. Despite our best efforts, the temptations of fossil fuels still appear too strong to resist.”