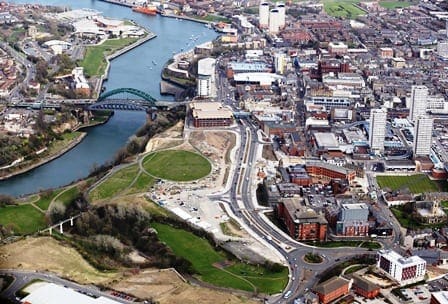 On 19th July 2017 a Cabinet Meeting approved and published Sunderland City Council’s Draft Core Strategy and Development Plan for the period 2017 to 2033. Following consultation this Plan will provide a structure for how Sunderland City will grow and develop over the next 16 years, in line with National Planning Policy.

Sunderland’s population is expected to increase to 286,000 by 2033.  In order to accommodate for this growth, Sunderland undertook an ‘objectively assessed housing needs assessment’ which identified a requirement to provide 13,824 new dwellings by 2033 (an average of 768 dwellings per year).

To fill this demand, Sunderland updated its Strategic Housing Land Availability Assessment which identified enough land within the existing urban area to build up to 10,791 new homes, leaving a shortfall of 3,000 houses. Sunderland argue that houses built over the past 2 years should count towards this figure which has further reduced the shortfall to only 1,500 houses to 2033.

In order for Sunderland to provide for their growing population, the remaining 1,500 units which cannot be delivered in the existing urban areas will have to come from a controlled release out of the Green Belt.

A Green Belt Review was undertaken in three stages.

The result of this Green Belt and site selection assessment was to identify 15 sites which were considered appropriate for residential development and totalled less than 3% of the City’s overall Green Belt land.

The majority of these sites are as can be expected, agricultural or scrub land which only has a limited impact on the character of the greenbelt. Interestingly though, 4 of these sites are owned by Sunderland City Council which covers a third of the overall acreage being released. However, rather than agricultural or scrub land, all of Sunderland’s sites are country parks or playing fields open to members of the public which could have a much larger impact on the green belt and the community if built upon.

After a consultation on the current draft closes on 2nd October 2017, the Core Strategy and Development Plan will be revised and published in a revised form.  This will then be put to a 6 week consultation in late 2017 before being revised again.  This final version will be submitted to the Secretary of State for independent examination.  The Independent Inspector will consider the plan against the Council’s duty to cooperate, the Council’s legal and procedural requirements and whether the plan is sound.  With the approval of the Inspector, the final plan will be published and will form the framework for development in Sunderland City Council until 2033.

Anyone who has sites in Sunderland they consider may be suitable for development should get in touch with: